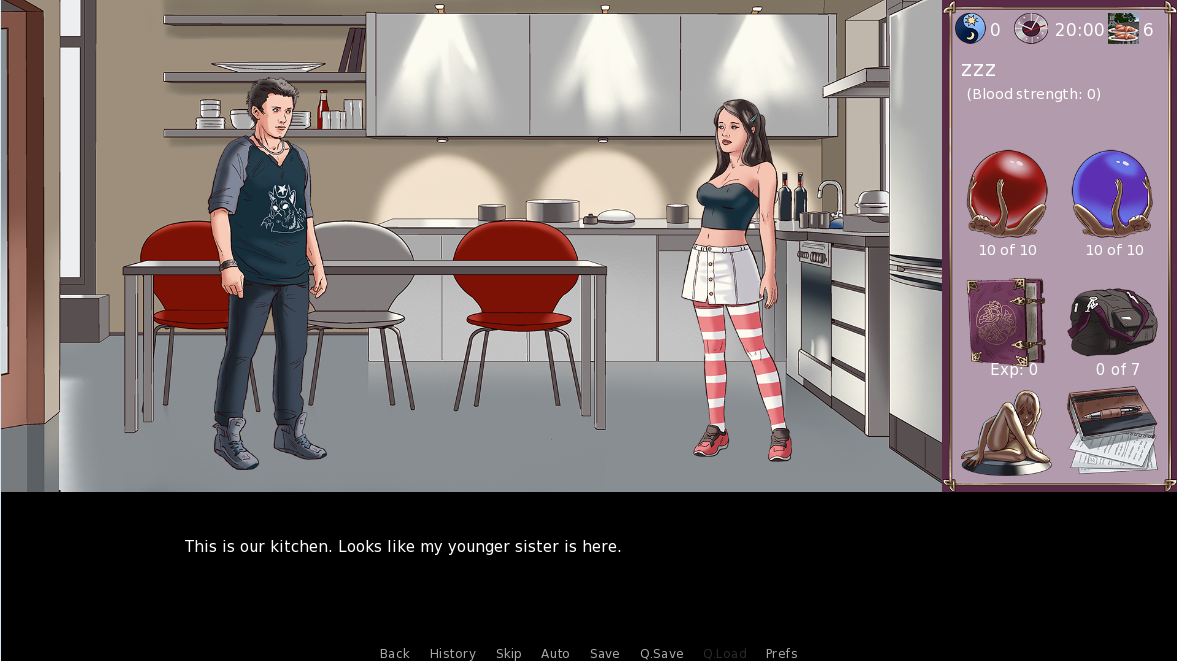 Changelog:
v0.37 Regular
+3 new scenes with Roxie.
(To start her corruption, first get at least 30 points either of her love or her submission, then she’ll ask you to train her and after this her corruption options will become unlocked. )

– we added + 2 animated scenes Lisa’s room. Now the player can touch Lisa’s pussy or watch her playing with her pussy.

– we added the progress bar to the part where the main character is sleeping in his room. It’s a part of the game where the code still needs some optimization, and the game slows down a bit during this part, so this bar will help players to understand that the game didn’t crash but executing the code at the moment (especially helpful on android devices).

Installation Note:
– Read the FAQ on the Blog Menu for settings. Usually players only need to install the following steps:
1. Extract/Install.
2. Crack if needed.
3. Play game.
4. Have fun ^^.

Forbidden Love with My Wife’s Sister